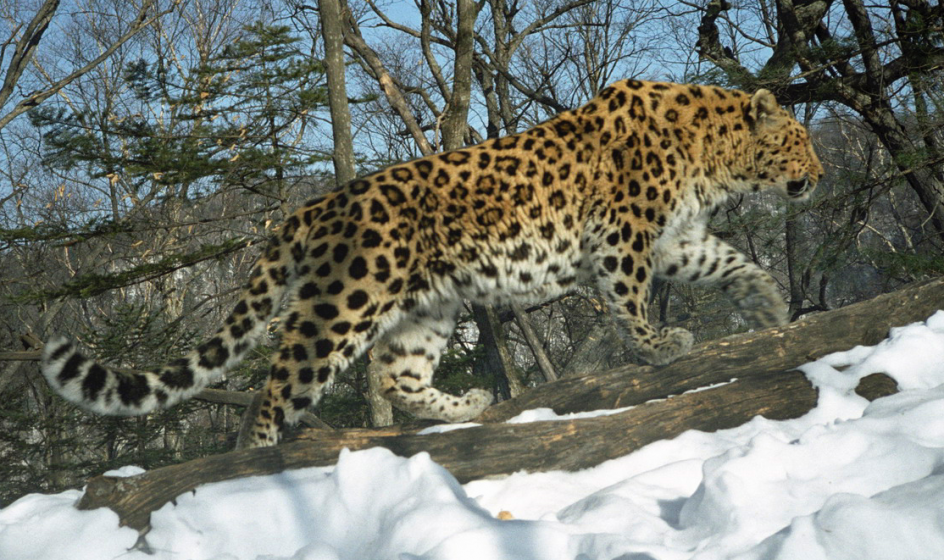 Monitoring one of the world’s rarest big cats

The Amur leopard (Panthera pardus orientalis) is threatened by extinction and once lived beyond the borders of the Russian region Primorye up to North Korea and the province Jilin, northeast of China. But the "lucky forest", as the region around Jilin is also called, did not remain very lucky for the leopard. At the beginning of the 21 century there were only around 10 animals left. Today there are again about 100 Amur leopards living in the forests of the Far East but its status on the IUCN Red List (International Union for Conservation of Nature) remains "Critically Endangered". Many years ago the Russian government founded a national park for the leopards named “Land of the Leopard National Park” (LLNP). But does the land of the leopard ensure its survival, perhaps even its reintroduction beyond the Chinese border?

A yearly monitoring program of the Wildlife Conservation Society (WSC) in cooperation with scientists of the LLNP was established to survey the actual leopard population in the national park. The WCS also provides training to its partners to increase technical capacity and knowledge about the analysis of the collected databases. A databases of leopard records will be compiled for the entire southwestern Primorye up to the Chinese border. The WCS would also like to increase linkages and coordination of conservation efforts between Russia and China to promote the reintroduction of the Amur leopard into its historical range and to expand the population into China.

Main components of the WCS: