Since 2018, Stiftung Artenschutz has been working very closely with the Association of Zoological Gardens (VdZ) in Berlin. For both partners, nature conservation and, in particular, species conservation are among the most important tasks. Zoological gardens have the space and expertise to contribute to ex-situ conservation, i.e. the protection outside the natural habitats. There is no other organisations than modern zoos that can contribute more knowledge to husbandry, breeding and reintroduction in line with the "one-plan approach",of endangered animal species.

Stiftung Artenschutz is a joint initiative of zoological gardens, animal parks and nature conservation organisations. Its aim is to preserve endangered species, which, although under severe threat of global extinction, do not have a strong support. The focus of the work is thus on the in-situ protection of species and their habitats.

Both organisations will join forces, particularly in the area of in-situ conservation projects,  in accordance to the"One Plan Approach to Conservation",  that aims to unite ex situ and in situ consrvation.  Species populations are managed as a unit, regardless of whether they are in human care or in the wild.

What do we do:

What do we do? 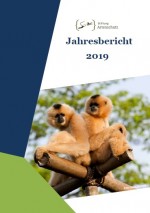